Our science GENETIC VARIABILITY OF THE CRYPTOSPORIDIUM GENUS

GENETIC VARIABILITY OF THE CRYPTOSPORIDIUM GENUS

Currently, 41 valid species and several dozen genotypes of parasites included in the Cryptosporidium (Apicomplexa: Cryptosporidiidae) are described globally. Members of this genus occur within a broad spectrum of hosts – vertebrates, including humans. The outcome of Cryptosporidium infections involves not only globally significant economic losses at animal farms, but also a threat to public health.

The parasitology lab at SVI Prague has long-term specialisation in the diagnosis of members of the genus and further participates in activities such as describing new species and ranges of hosts, genetic diversity, dynamics of infection in clinically important species of Cryptosporidiium and possible preventive measures. Simultaneously, it is in the interest of the laboratory to continue in obtaining new, original results or supplementing existing ones, as has been the case in recent years during studies focusing on Cryptosporidium infections in large-scale bird farming. The genetic sequences of developmental stage isolates from spontaneous infections in various host species will also be used for mapping the current status in the Czech Republic. 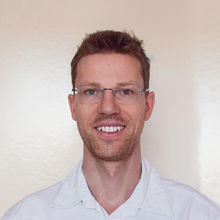