Our science SCIENCE AND RESEARCH GENOTYPING OF CANINE PARVOVIRUS

Primarily in puppies and young dogs,CPV causes severe acute gastroenteritis, which often leads to death. If the CPV virus enters into a litter of puppies not fully protected against CPV infection by colostral/post-vaccination antibodies, it can completely destroy the affected litter.

Genetic information contained in the CPV virus is relatively susceptible to mutations, which lead to rapid evolution of the virus and the emergence of new variants or genotypes. CPV was first described in 1978; a new CPV-2a strain was discovered as early as 1979, followed by another CPV-2b strain in 1984. CPV-2c is the latest genotype described, discovered in 2001. In addition to the spontaneous mutation, the evolution can also be accelerated through interspecies transmission of CPV and co-infection with other carnivore protoparvovirus 1 strains (CPV/FPV/MEV/RaPV). Wild species of carnivores such as red fox, wolf, jackal and badger are also susceptible to CPV, as are domestic cats and wild feline carnivores. Monitoring the presence of each of the CPV genotypes/strains is important in terms of CPV evolution (the emergence of new types/strains/species of the virus), epizootology (transmission between domestic and wild susceptible host species) and the emergence and spread of new CPVvariants potentially resistant to vaccination against CPV. 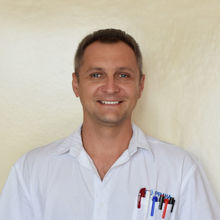