Our science OPTIMISATION OF THE PROTOCOL FOR VIRAL METAGENOMICS

OPTIMISATION OF THE PROTOCOL FOR VIRAL METAGENOMICS

Optimisation of the protocol for viral metagenomics using real-time NGS

New generation sequencing (NGS) presents one of the most progressive molecular-genetic techniques currently in use. NGS technology was initially designed for whole-genome sequencing with the main application in human as well as animal, plant or microbial genomics. Currently, NGS is also finding its way into the field of diagnostic microbiology. The method is based on high-parallel sequencing resulting in large volumes of generated data, which puts high requirements on computing technology and knowledge of bio-informatic approaches.

Unlike conventional genomics that focus on analysing whole genomes, the primary objective of the diagnostic NGS is metagenomic analysis rather than whole-genome sequencing. NGS metagenomics studies an overall genetic content of the sample, filtering the resulting data through sophisticated algorithms; a genetic profile of the sample is then the outcome in terms of the taxonomic identification of individual sequences. Hence NGS metagenomic analysis enables the rendering of the overall genetic profile of the samples, including the taxonomic identification of all viruses present in the tested material.

For viral metagenomics, the extreme prevalence of host sequences in comparison with viral genomes is the primary challenge. Biological samples are simply too complex, which leads to the extreme inequality in data where, often, less than 0.001% of sequences are often attributed to that viral taxonomic group, while the prevailing majority of read sequences are unproductive, i.e., come from the host organism, which unnecessarily depletes the NGS system and reduces sensitivity. There are several experimental approaches to reduce this discrepancy. Our aim is to optimise the protocol for routine, real-time NGS viral metagenomic analysis. 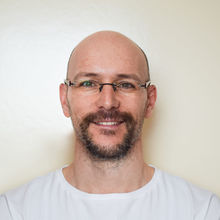